Home/Education, How to, Techniques, Tools/Moving Metal with Wide Directional Pushing

Sal Contreras has been repairing dents in the San Francisco Bay Area, since 1991.  If you haven’t seen his amazing work on complex large dents, take a minute and check out his Facebook page.  Sal is not the the typical dent guy.  He marches to the beat of his own drum.  Sal has no problem taking a door off of a car and working on a stand on the sidewalk, in the middle of downtown San Francisco.  He has become a leader in the industry and somewhat of a YouTube legend for the monster dents he is fixing without bodywork or repainting.  He has developed a whole new approach to moving metal which he calls, Wide Directional Pushing or WDP.

Sal started his career like most of us, earning his bones on dealership used car lots.  He would crank through the easy stuff and then inevitably the used car manager would throw a “train wreck” in his direction at the end of the day.  The car had to be done before he could get paid and go home to his family.  Figuring out a new approach that would reduce the amount of time spent on larger more complex dents, and result in a clean repair became a passion of Sal’s.  Many long days and nights of experimentation at home laid the groundwork for WDP.  Rather than picking and mounding up a dent with several small pushes, Sal focused on moving the most amount of metal with the fewest amount of “power pushes.” Grab your notebook as PDRtalk sits down with the 2015 International Dent Olympics Champion, Sal Contreras as he explains the technique he calls Wide Directional Pushing. 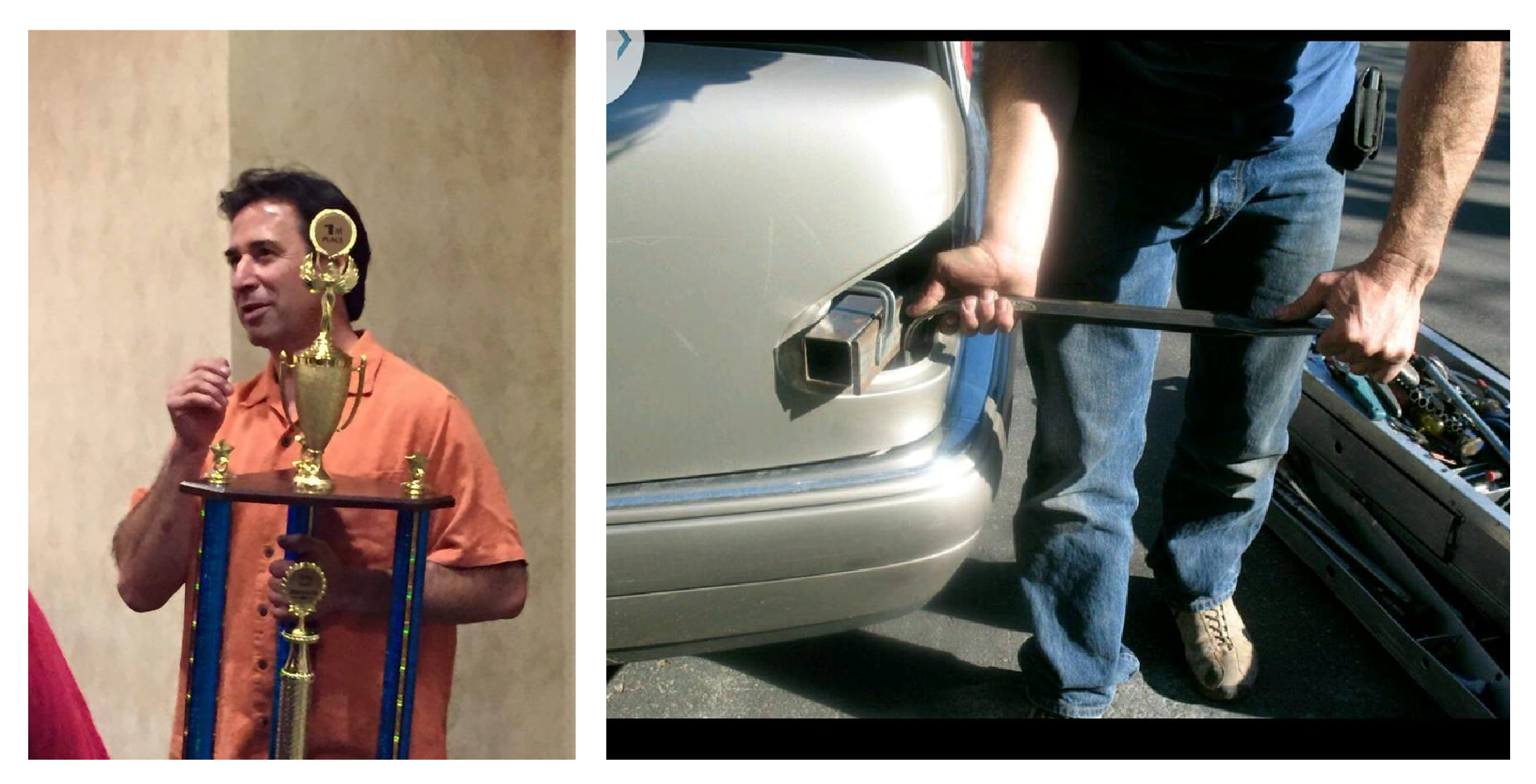 Was there an “ah ha” moment, when it all clicked and WDP was formed?

The techniques that I was trained with to repair dents just weren’t working for me.  I grew frustrated with drilling holes and pimpling up dents with sharp tipped rods.  The mounding up technique only created more work and sometimes resulted in a lumpy textured appearance.  My breaking point occurred after sanding through the clear coat to remove some sharp hit marks in a dent.  After ruining the car’s finish, I decided I was going to try to fix dents without having to cut and buff.  I quickly learned that taking 5 minutes to pull the interior trim panel and open up the access greatly increased my chances of getting a large wide push started.  Sure enough more times than not, the openings that were revealed enabled me to clamp up steel for a big push. I always carry scrap pieces of steel at various lengths to support what I call a “power push.”  I soon became addicted to this style of repairing large dents because it got me home sooner.

What theories & principles does the technique utilize?

In it’s basic form WDP involves pushing the dent out with as few pushes as possible by lining up all the low spots in the dent with a similar corresponding tool shape.  Essentially I try to always push the dent or low out like it was made.  Overall the WDP strategy is simple and straightforward. Taking the time upfront to open up your access means increasing the possibilities of getting that big movement in critical areas reducing the size of the damage in seconds. Thereby making the repair easier and resulting in a cleaner, less worked panel.  The trick with WDP is to select or create the right shapes that raise the area with minimal pushes.  The theory can also be applied to creases, with one key difference.  You do not want to make several pushes and releases while repairing the crease.  This can result in the dreaded stitch effect, which makes more work for you when you have to connect the dots.  Instead pressure should be maintained constantly throughout the movement of the crease.  You can also slap on the outer crowns while applying constant pressure to the crease to help it move easier.

Do you use any special tools, tips, or materials when executing the technique?

Yes, special tools are required because many times the tool head has to be repositioned or changed continuously in the repair and why I developed the Dent Dial.  Many times I use hardwoods and file them into shapes to match the push.  Materials like Delrin and Teflon are great composites for pushing metal too.  I also use rods, but they are crazily bent to accommodate the multiple pushing angles required with the WDP method.  We all know there are always crowns or highs to deal with when fixing complex damage.  Many times I feel 50% of the repair process is tapping the highs down.  To accomplish this, I apply WDP to the outside of the metal with powerful wide strikes that knockdown an area with a wide footprint.  I use the SlapperTapper to move waves and work large areas without beating it up and creating more work for myself.  The SlapperTapper allows me to move a lot of metal without creating individual pits that usually occur when using a standard knockdown or hammer.

How can the technique be used to tackle large, complex, deep, or stretched dents?

Pushing major or minor lows out with wide pushes and slapping the highs or crowns with wide footprint strikes seems to go naturally with complex dents.  Combine these techniques with pushing in the same direction of the lows and it can be extremely effective.  WDP also works well on aluminum.  Because of the rigidness of the alloy a more aggressive style of WDP can be utilized for extreme damage on aluminum.  I have had outstanding results with Tesla and Mercedes-Benz.

So there you have it.  Some wise words from one of the Jedi Masters of PDR.  Try to take what you’ve learned here and apply those techniques to your next nasty dent.  Sometimes taking a trim panel off or even removing a door can seem like a waste of time.  However, when dealing with large complex dents, it is usually the ideal way to get the right amount of leverage combined with the perfect tip to facilitate accurate, directional “power pushes”

To learn more or connect with SAL, check out his website or visit one of the Facebook pages he has created to spread awareness of the possibilities and advantages of paintless dent repair.

About the Author: PDRtalk Admin

PDRtalk is a joint venture. We need high quality articles from experts in paintless dent repair. Please share your knowledge, Submit an Article!